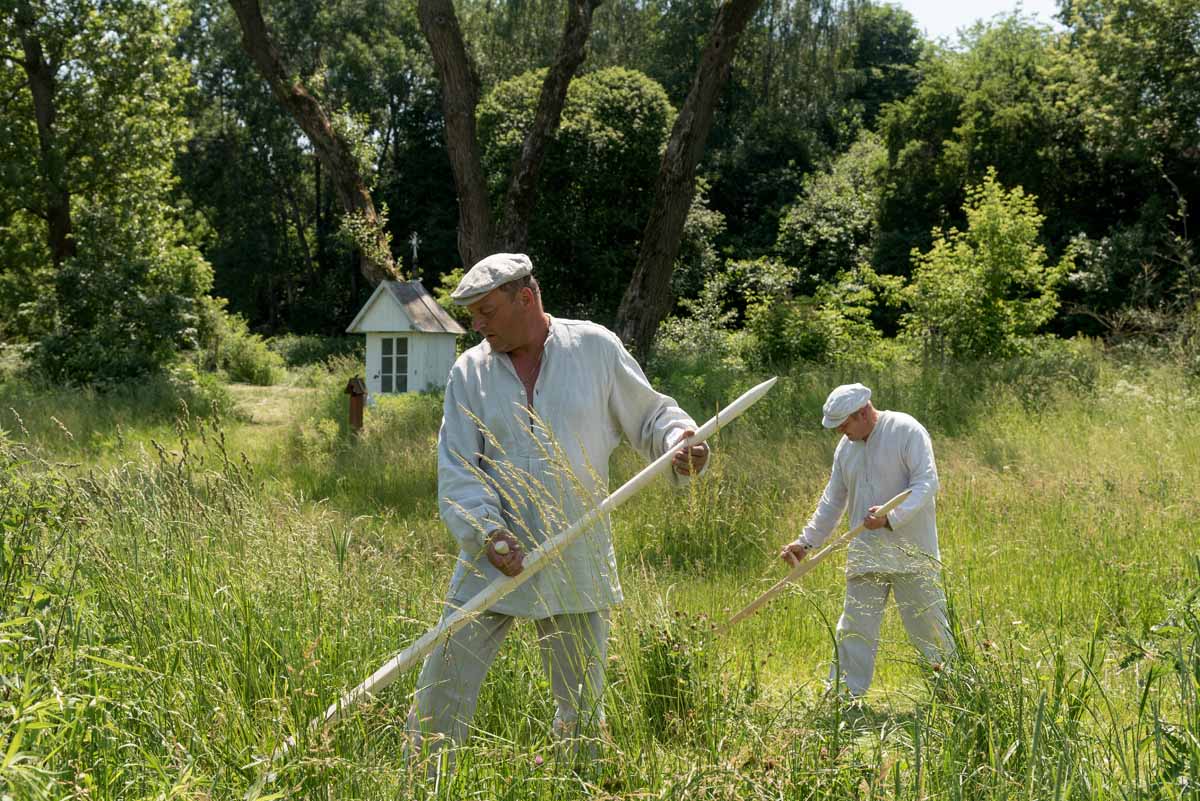 This year we invite everybody to Haymaking on 2nd of June on meadows near the Czechówka river in the Open-Air Village Museum. We will start with warning the haymakers not to hurt snakes, frogs, nestlings, horse-flies, grasshoppers, nests and spiderwebs. The guests, who will come to see the haymaking, will be able to save these meadow creatures – the work of a sculptor and a tinker – by taking part in a competition. We will find out how much the haymaking and harvest in the Lublin region 100 years ago depended on Austrian metallurgical works, from which merchants brought grass and harvesting scythes. It will be possible to watch waves of wind rolling through a field. There will also be a meadow playground with an invisible corncrake and other skill games. Soon it will be also possible to see the haymakers in sun bleached linen shirts and trousers. A few minutes earlier in the shadow of a willow they were grinding scythes using a tool called “babka” placed on a stump. We will also meet Maciek – a boy from the Vistula Region, who dreams about becoming an apprentice to a smith and whose grandmother, Józefa, sent him on a meadow near the forest, when the Angelus bell stopped ringing, in order to bring the food to his father and mother.