An honourable mention for the Open Air Village Museum in Lublin for the book “Miasteczko Polski Odrodzonej….” 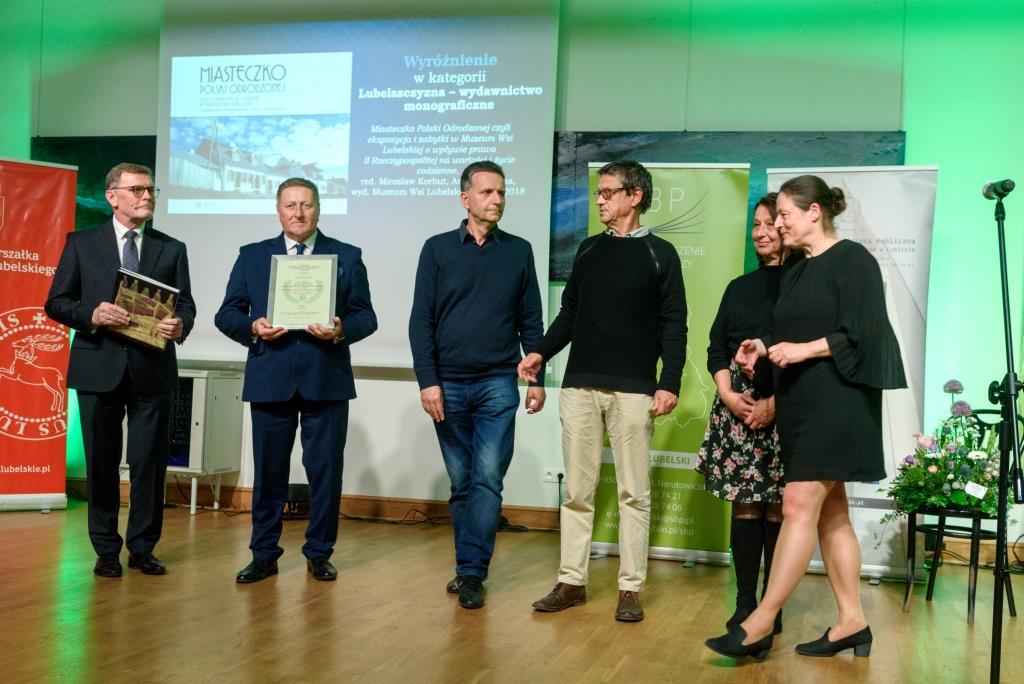 “Miasteczko Polski Odrodzonej….” – a richly illustrated book, the most extensive of publications about the Open Air Village Museum in Lublin that appeared throughout all the years of existence of this institution – received an honourable mention in the competition “Book of the Year 2018” organized by the Provincial Public Library of Hieronim Łopaciński in Lublin in the category “The Lublin region – monographic publications”. On May 15th 2019 we accepted this award as a positive opinion – the specialist one, but also the expression of the social voice. This is a kind of review – so much needed by museologists  – when the recognition of historical values ​​of the museum collections and exhibition and their popularization becomes the subject of interest. The book “Miasteczko Polski Odrodzonej….” and this May prize is a public sign of our enthusiasm for work and effective action in the team, for an immediate team creation when there is a chance to realize a significant thing.

Independent or Reborn? –  “Independent” for politicians, “Reborn” for historians –   the book’s own way of thinking aims for honouring the socio-administrative values ​​of the Second Polish Republic. This is about the influence of law on everyday life in the Shtetl-town environment, which is very diverse in denomination and nationality. The substrate of tradition – that is, the eternal, very slowly evolving spatial and population structure of the town, with a very large share of the Jewish population, merchant-craft service of the surrounding villages, is transformed by representatives of the state and local government, teachers and community workers.

We won an award in the category “Lubelszczyzna – monographs.” Legal regulations undertaken by the State of Poland present a wide spectrum of needs for a healthy economic life – the commercial and patent law, normalization, vocational education, sanitary issues. Each of several dozen shtetl-towns in the region of Lubelszczyzna was inhabited by societies that were tormented by Russian slavery, but simultaneously they remember the times of a very good economic situation before the First World War, resulting from using the empire’s open market. The book presents a difficult task of creating Polish law – until 31st August 1932, in our towns, Tagancev’s tsar penal code from 1903 was still valid.

For many years, the monuments have been sharing their own history in the museum town. This time, in our book, we put the objects on the “case list.” They faced the law – and in this process, the multidimensionality of the message maturated in them. The award for a book about the cultural multilayer of a museum town is another strong vote for continuing the creation of this town in the area of the Museum of Lublin Countryside, for developing next market frontages, for publishing the expositions that widen the spectrum of heritage aesthetics and historical education.